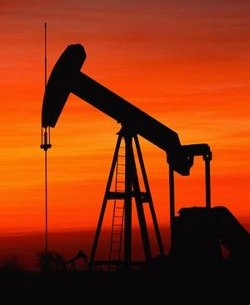 The move towards more exploration is aimed to reduce oil imports

Sarah Palin is the one allied with the campaign "Drill, baby, drill", but in an inventive merger the President has laid claims for it too-very nearly. In a bold attempt to boost the domestic oil and gas production, he has opened up large offshore areas along the southern Atlantic coastline, the eastern areas of the Gulf of Mexico and northern shore of Alaska for drilling.

The U.S. has had a long-term moratorium on oil exploration for almost twenty years. The move towards more exploration is aimed to reduce oil imports, obtain more revenue from lease and licence and to whip up support for the comprehensive energy and climate legislation.

As expected there was an angry backlash from environmentalist. Detractors say the move:

"This is not a decision that I've made lightly" Mr Obama said, aware of the objection from environmentalists. "But the bottom line is this: given our energy needs, in order to sustain economic growth, produce jobs, and keep our businesses competitive, we're going to need to harness traditional sources of fuel even as we ramp up production of new sources of renewable, home-grown energy."

In the meantime, supporters of the move, for their part, see this as an attempt to decrease dependency on foreign fuel. They say, it adds jobs and brings in more energy security; that when oil is produced locally, it helps the economy with more income and demand for goods.

The announcement comes as a 'give and take' policy to garner support and momentum for a new energy and climate bill that proposes cuts in green house gases. The senate is expected to take up the climate bill shortly, almost the last chance before the mid-term elections. The bill has already been passed by the House of Representatives, and the President is hoping to get Republican support in the senate. The US Press Secretary Robert Gibbs said that the move was more to give energy support to the American people as the country was about sixty percent dependent on foreign oil, and that the proposals still weren't sure to win support from senators close to the oil industry. Republican support or not, ten Democratic senators from the coastal states have already signed a joint letter expressing opposition to the exploration.

Already the President has made major concessions on coal and nuclear power to garner support for the bill. In the announcement unveiled at Andrews Air Force Base Mr Obama had also included plans to expand the production of nuclear power to "move us from an economy that runs on fossil fuels and foreign oil to one that relies more on home-grown fuels" and clean energy. Only last month, the President had announced a $50 billion loan guarantee to build eight new nuclear power plants.

Said Mr. Obama, "While our politics has remained entrenched along worn divides, the ground has shifted beneath our feet. Around the world, countries are seeking an edge in the global marketplace by investing in new ways of producing and saving energy." Further he added, "The only way this transition will succeed is if it strengthens our economy in the short term and the long run. To fail to recognise this reality would be a mistake."

Other energy proposals include ordering of 5,000 hybrid vehicles to the federal fleet and more stringent fuel economy standards for new cars. "This rule will not only save drivers money; it will save 1.8 billion barrels of oil," Mr Obama said. "That's like taking 58 million cars off the road for an entire year."

Drilling already taking place in the western and central areas in the Gulf of Mexico would come now closer to just 125 miles from Florida. But officials said that a buffer would be put in place off the Florida shore line so that the rigs aren't visible from the land. The first drill would take place off the coast of Virginia within two years. However, it all depends on the Congress lifting the moratorium on drilling.

The administration, in effect, is thus adopting some measures put forward by President Bush, which were challenged in court on environmental basis. The Interior Department had set aside the proposal after President Obama came to power. But one notable difference from Bush's plan is exception given to the ecologically sensitive Bristol Bay in south-western Alaska, which has several endangered species of whales and fishes. The moratorium would also remain for the Pacific coast from California to Washington. Of course, the Oil companies aren't happy with the exempted areas, either.

The Interior Department says the untapped oil would meet three years of U.S. oil demands. Though at this point the oil estimates aren't clear, the reserves would be relatively smaller than the Department's estimates, and would not impact the price of oil. A clear picture will emerge only after the exploration begins. And, it will take years, anywhere between 14-16 years, before the oil is seen. For a comparison, EIA's Short-Term Energy Outlook, for March 2010 shows that domestic crude oil production averaged 5.32 million bbl/d in 2009, up about 370,000 bbl/d from 2008. The projected growth in crude oil production this year is by 210000 bbl/d.

This move for oil drilling isn't surprising as during his presidential campaign in 2008, President Obama had said that he supported expanding offshore drilling for oil and gas. A senior counsel at the Center for Biological Diversity, Brendan Cummings, said the announcement was "all too typical of what we have seen so far from President Obama - promises of change, a year of 'deliberation,' and ultimately, adoption of flawed and outdated Bush policies as his own".

If not oil, then what?

In fact, the US is the third largest crude producer in the world, but imports almost 57 percent of the oil it needs. The top fifteen countries in the list of crude oil imports to the US last year were, are Canada, Mexico, Nigeria, Saudi Arabia, Venezuela, Algeria, Iraq, Angola, Brazil, Colombia, Russia, Kuwait, Azerbaijan, Congo, and Ecuador.

According to EIA, there is substantial decline in production from oil fields in the federal Gulf of Mexico and Alaska. Further, the US liquid fuel consumption was a staggering 18.7 million bbl/d in 2009 even when it declined by 810000 bbl/d to previous years.

So, there is need for oil and do we have an alternative at present? The pill is bitter to swallow but the answer is 'no'. To limit the opposition to oil drilling in the U.S. alone is to see a small picture of the whole problem. Oil drilling wherever it's done (not only in the U.S., which has better resources to tackle problems of the kind) could cause ecological damage, whatever precautions taken. The proposed explorations will not markedly reduce the dependency on foreign oil. Neither are they 'the' solution for the energy needs.

Hence, what's to be done is to decrease the dependency on oil. Small but significant steps are the need for the hour with increased investments in safe and clean renewable sources of energy. This announcement, at best, is just a temporary measure, whichever way you think.