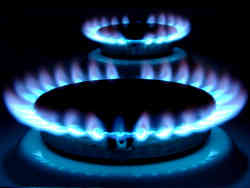 Is Shale Gas The Next Cradle of Energy?

No one source of energy has ever affected the course of geopolitics the way oil has. Barrel prices going up and down seem to work like the ECG of the global heartbeat. In view of the way the economy has been changing its ebb and flow in the last few decades, it has become increasing clear that there is need for a new and cheaper form of energy. Shale gas has emerged into this forum as that very viable option only if more research and development goes into it.

To understand the importance and need for shale gas, a few details need to be clarified. Two nations were initially accountable for almost half of the world's natural gas and crude oil resources. Russia and Iran have both suffered through some very upsetting political upheavals.
Russia has never been shy of pronouncing her readiness to create a cartel along with Iran and a few other gas producing nations. This form of a modern day OPEC would have raised the issue of monopoly in a diverse market. The whole world has suffered with the oil issue and oil related politics for more than 4 decades to be able to systemically accept the creation of another similar cartel based on natural gas supplies.

As per expert predictions, liquefied natural gas or LNG was to sum up to about half of the international gas trade by the advent of the year 2025. Everything stands to change now. This change has been brought about by the discovery of shale gas resources in the Americas, United Kingdom as well as China.
The last decade has seen a lot of money being poured into the discovery of shale gas resources and these research teams have struck the proverbial gold. There are trillions of cubic feet of gas that can be recovered from these underground sources. The North Americas alone can yield enough shale gas to fulfill the areas need for fuel at least for the next forty-five years! Estimates reveal that Europe may also have great amounts of shale gas resources available for her use.

There are quite a few reasons why spending on the research and development of shale gas recovery and usage will stand the world in good stead. Oil politics have rocked the world for the longest time. Things have been getting hot around the collar for decades now when you consider that just a few countries have had monopoly over all the resources that sustain the globe. A shale gas boom will break the ranks of this power play and will, in essence, make the entire game redundant.
When shale gas resources will be mined and made ready for use locally there will be no need to respect the authority of any clique or international cartel. These countries derive their power from the usage that the world ascribes to the resources provided by them. Shale gas will revolutionize these standards by providing people with cheaper fuel closer to home.

Any new idea always has detractors. When you consider the ramifications of a shale gas boom in the current market, it is easy to see why so many people have so many unsavory predictions to make. There are two main reasons why shale gas is being criticized. The most important reason is the cost that is attached to the discovery and utilization of shale gas resources. The other more subscribed reason is that there are environmental hazards that can be associated with the process of drilling for shale gas.

The cost may be a matter of concern right now but there are a few factors that must be looked into before writing the process off. Trending shows that over the last ten years, there have been so many changes in the technology pertaining to shale gas drilling that the price of production has fallen drastically. This curve looks like it can be maintained in the downward direction that it has taken.
In present day, Haynesville shale, extending from Texas into Louisiana, is producing shale gas for costs as low as $3 per million British thermal units. If you compare this to the cost of production in the Barnett shale from the early 1990s, prices have fallen by $2 per million British thermal units. Trends dictate that as more and more companies enter the market, the cost of production will only fall further.

The environmental concerns are in most cases valid but they can be easily controlled contrary to how it is being made out to be. The environmental hazard arises from chance mixing of the toxic drilling fluid with the aquifers and water resources. While this is a legitimate concern, there is no reason that proper precautions cannot eliminate it almost completely. Even before any bans are placed on the process, most companies are making the shift to non-toxic drilling fluids.

As long as the countries of the world remain chained to a few nations due to the fact that all their fuel resources are met by the fuel imported from these countries, the trade deficit will continue to hurt the economy. It is a very real possibility that shale gas will be the succor for all the world's domestic fuel needs. Money has to be invested in both cases. The choice then lies between investing within one's country for research and development of existent shale gas resources and investing in foreign countries who take away monetary help that might be extended to the indigenous crowd.